Use OR, IN with Unionall in Mysql comparison under the query command

The execution result time of this statement is 0.186s

Is the online statement wrong? Is it related to the index? Created an index on firstname

Union's execution plan is as follows, the execution time is 0.004s

Or's execution plan is as follows, and the execution time is also 0.004s

It feels similar in performance.But pay attention to the type in the execution plan, ref is better than range (ref is non-unique index scan, range is index range scan)
Suddenly it felt like it was almost the same as what was said on the Internet, but if the first sentence took two ref scans, would it be less efficient than a range scan?

Should I try the primary key again, this is the only one, will it be consistent with the online effect?

Union's execution plan is as follows

The execution plan of in is as follows

or's execution plan is as follows

I feel that the result is still similar to the second experiment.

The following article uses examples to discuss the efficiency comparison between them under the actual query command.
1: Create a table, insert data, and the amount of data is 10 million [or the effect is not obvious].

The table has only two field IDs as the primary key [index page is similar], and one is a common field.(Be lazy, just use a simple table structure)
Insert 10 million pieces of data into the BT table
Here I wrote a simple stored procedure [so your mysql version is at least greater than 5.0, my version is 5.1 】,code show as below.
Note: best


No comments, it's pretty simple.
The storage process is best to set the relevant parameters of innob [mainly related to the log and write cache so that it can speed up the insertion].I did not set it to insert 10 million pieces of data and inserted it for 6 minutes.
Part of the data is as follows: 10 million data is similar 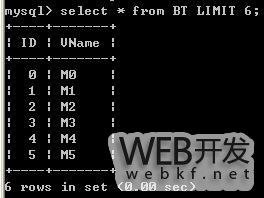 2: Actual combat
2.1: Use or, in, union all on the index column respectively
The table we created has only a primary key index, so we can only query by ID.We check the three data with IDs 98, 85220 and 9888589 each time-consuming as follows: 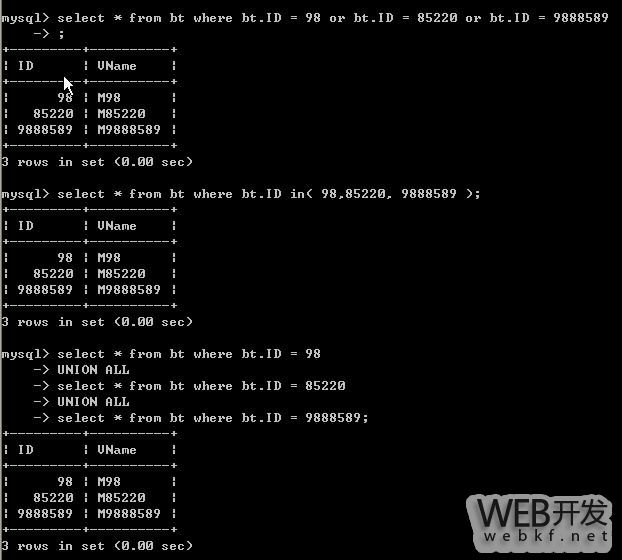 The time is 0.00.How could this happen? All queries are in milliseconds.
I use another tool--EMS SQL Manager  for mysql
The query display time is
93 ms, 94 ms, 93 ms, the difference in time is almost negligible.
Then we are looking at their respective execution plans 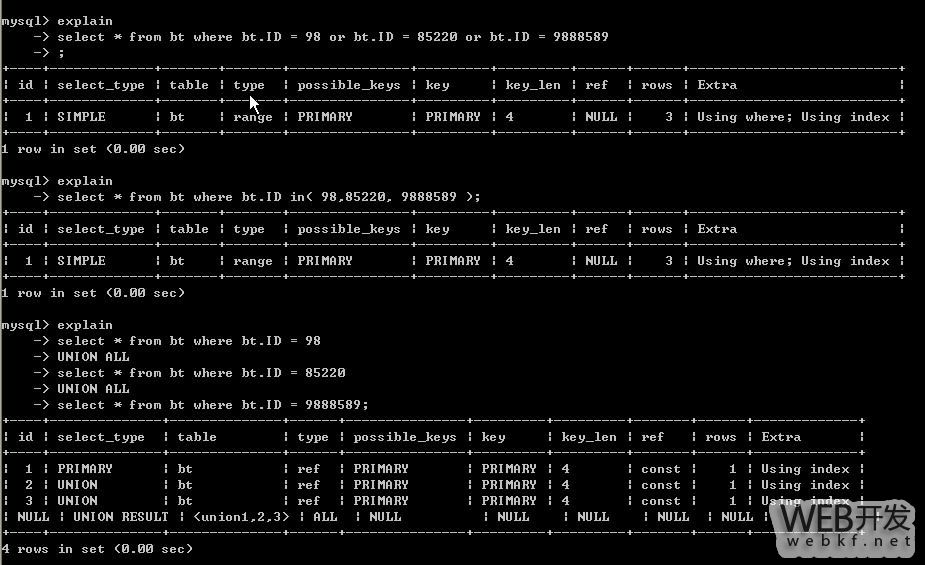 The field type and ref field to be noted here
We found that the type used by union all [type is to show what type of connection is used] is ref and or and in are range [ref connection type is better than range, and there is not much difference], and the number of query rows is the same [see rows field All are 3].
From the point of view of the whole process, there is not much difference between using constant or and in in the index column and union all query.
But why in some complex queries, the use of or and in for index columns is much slower than union all.This may be because your query is not written reasonably enough to let mysql give up the index and perform a full table scan.
2.2: Use or, in, and union all in non-indexed columns.
We check that the VNAME is M98, M85220, and M9888589.The three data each takes time as follows: 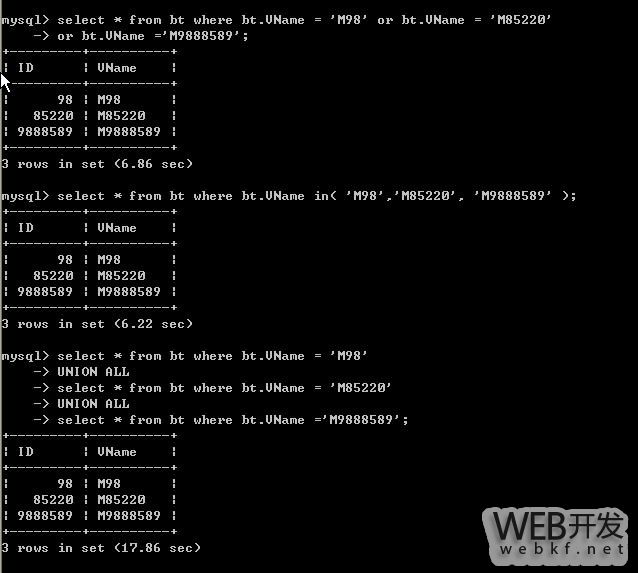 We found that the query time of union all is almost three times that of or and in.
This is why, let's not talk about it, let's take a look at the three query plans. 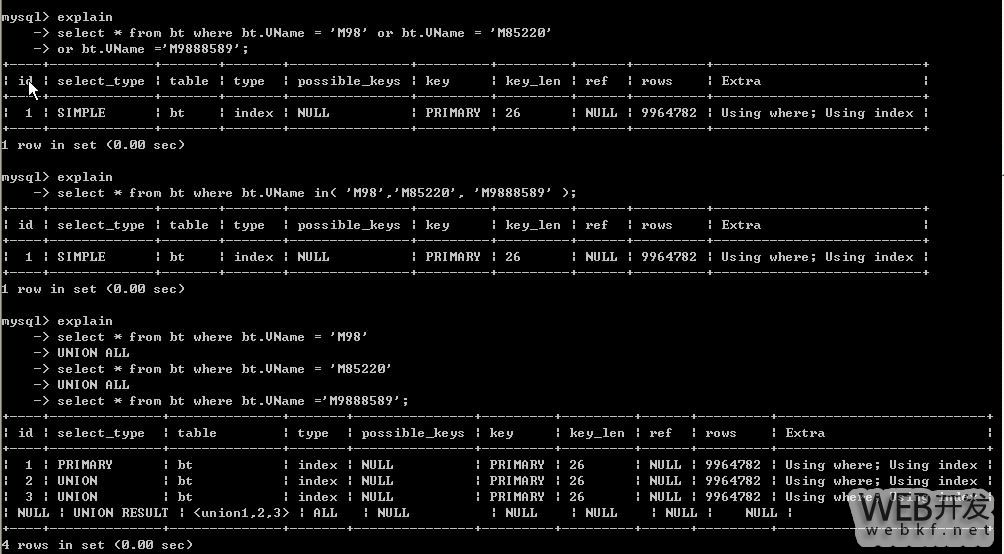 Here we find that the plan is almost the same.
But we should pay attention to scanning at this time for or and in, only scan the table once, that is, rows are listed as 9664482.
For union all, the table is scanned three times, that is, the sum of rows is 9664482*3.
This is why we see that union all is almost tripled.
Note: If you use a stored procedure to use the second sql, all types of the execution plan are listed as all.In fact, this is what I want to demonstrate most, but now I have almost finished writing it and found that the problem would be wrong.

The difference between the two query speeds mainly depends on the query time of the index column.If the query time of the index column is too long, then you can use or or in instead.
3.5: The above is mainly for single table, but for multi-table joint query, there are more places to consider, such as connection method, query table data distribution, index, etc., combined with single table strategy selection Appropriate keywords.

Way the way to use the command in Windows to install mysql5.7